A video of Rhea Chakraborty talking about goons and controlling her boyfriend in a rather jovial manner had recently gone viral. The actress looked in an inebriated state in the video and received flak on social media for her antics in the clip. 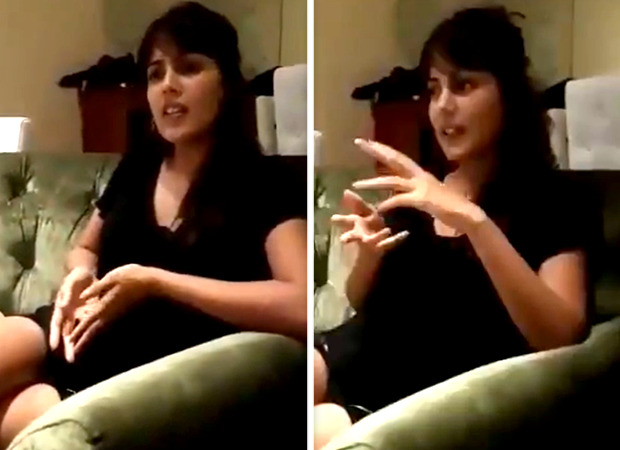 Now, Rhea has responded to the viral video in which she is seen in a black dress. In the video she can be heard calling her boyfriend a goon and said that she controls the goons and makes them work at her will. While she received a lot of flak for the video because of the prevailing situation, the actress said that she was doing a standup comedy act.

As per reports on Zoom TV, Rhea said that she saw the black dress video and said that she was doing a standup comic act. She said she enjoys doing standup at times and Tai is one of her characters.

ALSO READ: “A lot of horrible things are being said about me,” says a teary-eyed Rhea Chakraborty in a video