With men and women becoming more vocal about their choices, arranged marriage in India has been witnessing an evolution of sorts. (Source: getty images)

Netflix docu-series Indian Matchmaking ends with a montage of happy, elderly couples in a bid to validate the concept of arranged marriage. Married for decades, these couples, especially women, seemingly, had no say in choosing their partners and unquestioningly agreed to what their parents wanted.

In India, men and women are expected to get married when they reach a certain age as there is a fear that they would not find the right partner, or no partner at all, as they grow older. It is 2020, but the perception still holds true across caste, class and communities. The biological clock, of course, has a role to play in the institution that largely bases itself on procreation so as to continue the lineage.

However, with men and women becoming more vocal about their choices, arranged marriage in India has been witnessing an evolution of sorts. While parents initiate the process in most cases, it is their children who are taking the final call, in a set-up that is being dubbed as semi-arranged marriage.

The rise of semi-arranged marriage

Saurabh Goswami, founder, Ultra Rich Match, which deals in matchmaking among the affluent, told indianexpress.com, “When a person reaches a marriageable age — in India it is 23-24 — the parents come into the picture first, reaching out to matrimonial companies or personalised matchmaking service. As they age, say when the girl or boy is about 28-30, they contact us directly. Once we share the profiles, the candidates make the final decision.”

“My parents created my profile on matrimonial websites. As much as they want me to ‘settle down’, there is no undue pressure to rush things. I handle my own profile and choose my potential matches. Of course, once I find the right partner, parents on both sides will be involved,” said 27-year-old Neha (name changed).

The freedom to choose may not be universal, especially if one belongs to a conservative family, said Manas Lodhavia, co-founder of a matrimonial platform Firstep. He told indianexpress.com: “There is a right of refusal, but there is a limited amount of how many times you can exercise it. That said, a vast number of people in urban India are allowed to exercise their right of refusal until they find the right match to the point where parents are fine with their children taking the initiative to make their life choices.”

Rajesh (name changed), a parent whose daughter is currently looking for matches online, agreed. “Marriage is all about mutual understanding, and to achieve that, the girl and the boy have to meet and figure out their compatibility themselves. Parental influence here should be as minimum as possible. Most of these boys and girls who are getting married are doing so at a mature age and have the capability to decide for themselves,” he said. 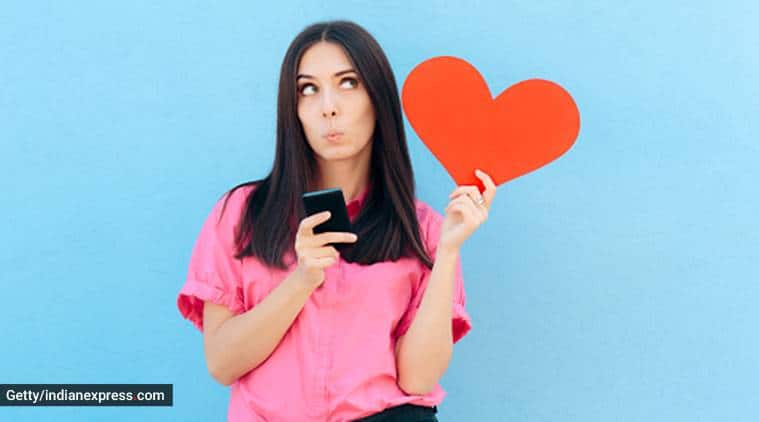 Men and women are becoming more vocal about their choices. (Source: getty images)

The evolution of marriage checklist

Marriage in India is a family affair, which means it is not just the couple who needs to match but their families need to be suitable for each other too. Families usually look for matches that are in line with their social and financial status, and lifestyle, not to mention caste and community. “All studies and leading matrimonial sites show that 95 per cent of marriages happen within the same caste and community. And the online and offline marriage brokers are specialised within the particular caste or community,” said Lodhavia. The matrimonial candidates are usually offered profiles within the same caste and community, and then they have the agency to pick and choose from them.

In the past few years, however, people have started to look for potential matches beyond their communities, especially the woman’s family, according to Goswami. “For the girl’s family, we have seen that community is not that much of a marker. They are open to marrying into other communities although inter-religion matches are still a big no-no,” he said.

There are more relaxations in criteria as the man or woman grows older since they are left with only a “smaller” portion of the marriage pool to navigate. “It is very unlikely that a Marwari would choose a Bengali, maybe they would choose a Gujarati family. The rules get relaxed after 25 when the availability of partners dramatically reduces,” said Lodhavia.

Matching of horoscopes is still of immense value. Arjun Ravindran, managing director of Astro-Vision, which evaluates horoscopes, told indianexpress.com, “About 33 per cent of the horoscope related queries on our website are related to marriage. Continuing demand for integrating these services with matrimony portals shows that horoscope matching continues to be of importance in an arranged marriage set up. Additionally, people use astrology not just to match horoscopes, but also to understand more about their life after marriage.”

Not just parents, about 58 per cent millennials also opt for horoscope consultations on the website. “Anecdotal evidence suggests that in some cases when a person is not interested in a prospective bride or groom, they do cite a lack of horoscope matching as a convenient and socially acceptable reason for saying no,” Ravindran added.

Gender stereotypes colour matchmaking preferences both in the case of the man and woman. While the woman’s family usually looks for an equal or wealthier match, the man’s family, on the other hand, focuses on how well the woman can adjust, Lodhavia said. “They do not really prioritise or emphasise on career. Such a pattern, in the case of both genders, is actually intrinsic in individuals as well when they explore the dating market.”

However, in the semi-arranged marriage set-up, not just their respective parents but men and women articulate their preferences too. Among Goswami’s clientele, for instance, the man usually looks for a wife who is “good-looking, well-educated, polished, and has a proper social circle.” Besides, the woman should be able to balance professional and personal life. “Of course, they do not have to do the housework by themselves because there are helps but they should be able to oversee,” Goswami noted.

Another important criterion is that the woman has to be younger than the potential husband. “There is an issue even if the girl is just a few months elder to the boy. Generally, people look for girls who are of the same age, a year younger to three-four year gap,” Goswami said, adding how height is also an important factor. “Looking good together is a criterion on the boy’s side,” he added.

The woman, on the other hand, looks for a partner who is of the same age or three-four years older. One major change is that they no longer want to move to another city for the sake of their own career. Women, in fact, mostly prefer metro cities rather than tier II or tier III cities.

Educational qualification matters too. Men and women generally expect their potential partner to have similar academic qualifications. As for Goswami’s clients, if a man or woman has studied abroad, they ideally want their match to have done so too. 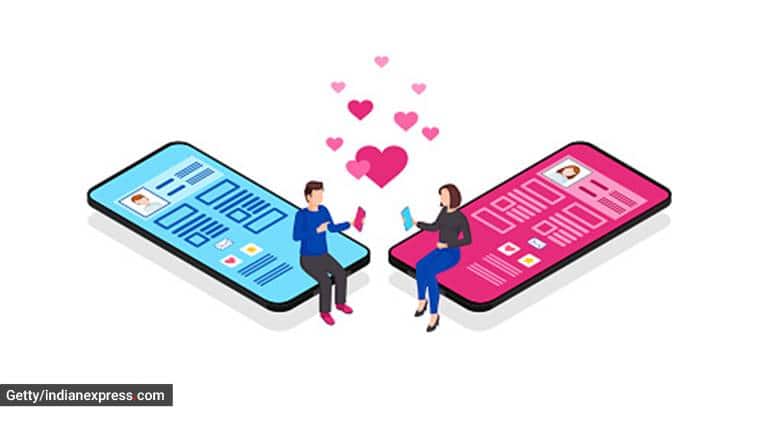 Matrimonial websites may have eased the process of surfing through a range of potential matches, beyond caste and community, but there is a lack of trust when it comes to these portals. Explaining the trajectory of matchmaking in India, Lodhavia said, “People usually prefer to rely on trusted social networks. First, they try sharing biodata and meeting people through their friends and family. If they are unsuccessful, they turn to matchmakers and other marriage bureaus. Every community has its own preference — some go to pandits who essentially work as middlemen who provide the trust and help people match within the community. When this does not work for them, they go for online matrimonial websites that work like classifieds.”

As opposed to online matchmaking, offline happens through referrals so there is an inbuilt trust. Online platforms do not provide that trust, they do some basic verification but that eliminates investigating any fraudulent behaviour. In Goswami’s matchmaking process, for instance, there is a background verification of candidates. This involves visiting the family’s residence and interacting with the potential match and his or family personally, something that an online portal does not offer. “Not always does one get the right report or feedback on a family because when you are enquiring about a family within your close circles, they may or may not give the right report. So we ideally verify via two to three reports rather than just one. We usually give three references — neighbour, business and peer reference so that there is maximum transparency. Once a person becomes a paid member, we visit their residence and verify details, and interact with the family and the candidate,” he said.

Online matrimony, on the other hand, caters to only six million users all across India, which is only a fraction of the number of people who are getting married, Lodhavia stated. “According to a study by KPMG, there are 105 million single people and 63 million people who are actively looking for a life partner. So, a vast number of marriages are actually happening offline, through a matchmaker,” he said.

For all the latest Lifestyle News, download Indian Express App.

Vijay Varma says he’d been ‘locked for a signi

Bhumi Pednekar goes back to work, shares a ‘new

Akshay Kumar And Family Fly To London For Bell Bot